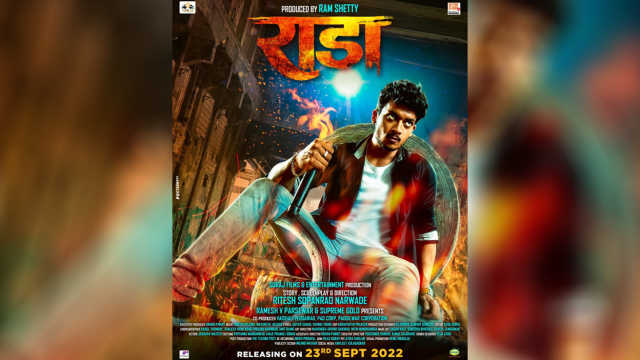 Actor Akash Shetty Tuptewar is set to launch with the upcoming Marathi movie Raada. The action movie is written and directed by rookie filmmaker Ritesh Sopanrao Narwade and produced by Ram Shetty.

The film’s animated poster, which also functions as a teaser, indicates that the film is very close to South India. masala action films from the Tamil and Telugu industries.

Tuptewar plays the action-oriented role of a youngster named Sama. The rest of the cast will be revealed later. So far, the makers have said the film is a mix of action, comedy, and romance.

Speaking about his first film, Tuptewar said in a statement, “My dream of many years is finally going to come true thanks to Raada and that makes me very happy. The credit for the beginning of my film career goes to my uncle [Ram Shetty], who is the producer of the film. He is known as businessman and singer from Nanded, Marathwada. He is now making his debut as a producer.

About his connection to the director, he said, “Director Ritesh, sir, took good care of me. He helped me understand the process of making a film that was new to me because it’s my first film. With our filming trip over, the film will soon be released in Maharashtra. I just hope to still have the public’s blessing.

Raada is set to hit theaters on September 23.

This live-action movie leaves you intrigued and frustrated