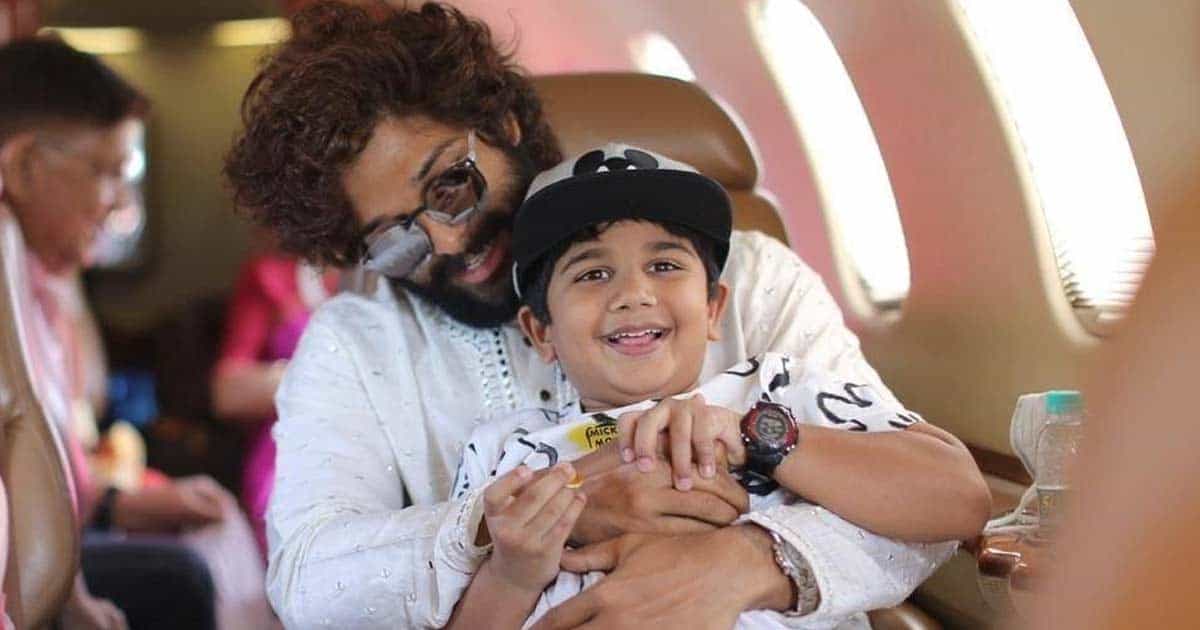 Allu Arjun’s son Ayan is promoting the upcoming sports drama film in a most adorable way!

Allu Ayan, the son of Tollywood star Allu Arjun, who is all seven, is making a splash with his latest video. As everyone started to wonder why a seven-year-old was exercising hard, it appears that Allu Ayan was just helping his uncle Varun Tej promote his upcoming sports drama titled “Ghani”.

As part of the promotional activities, the son of the Pushpa stars, who wanted to create fun, imitated his uncle Tej, from the film. Despite the cuteness oozing out, Ayan manages to give an impact by appearing as the “little Ghani” in one of the recent videos. Ayan picking up his uncle, has now gone viral, catching everyone’s attention.

“Ghani” is a sports drama film written and directed by Kiran Korrapati, starring Varun Tej and Saiee Manjrekar in the lead roles. While Tej plays a boxer in this film, he went through intense training to please audiences. Additionally, the creators released the â€œGhani Anthem,â€ in which the â€œFidaaâ€ actor is seen training and doing intense workouts.

A few months ago, it was reported that Tamannaah Bhatia would be seen in a special dance sequence in the boxing drama film “Ghani”.

Speaking of the same, Tamannaah said, â€œWorking with Varun Tej is always a lot of fun, and I can’t wait to turn the dance number. The song is really catchy and has an interesting place in the narrative.

‘Ghani’, due for mass release soon, is jointly produced by Sidhu Mudda and Allu Bobby under the banners of Renaissance Pictures and Allu Bobby Company. The film is presented by Allu Aravind.