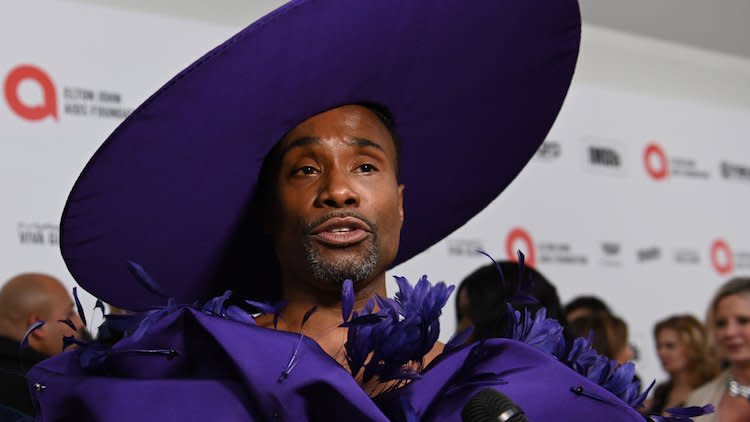 Looks like another must-see movie has just been Pose star and Emmy winner Billy Porter.

Deadline exclusively announced that Porter will direct the adaptation of queer novel YA by Lev Rosen Camp for HBO Max and Warner Bros.

The film, written by Robert O’Hara and Kit Williamson, will follow a 16-year-old gay boy named Randy who loves spending his summers at Camp Outland, a camp for LGBTQ + teens. Camp is where Randy can be himself, where he meets his best friends, and where he performs in musicals.

This is also where he had a crush on Hudson Aaronson-Lim, who sadly only likes “straight up” gays and hardly knows the existence of campy and flamboyant Randy. From there, Randy concocts a plan to win Hudson’s heart.

In the film, “Randy reinvents himself over the summer as Del, an avid, masculine, market camper. Even if that means giving up show tunes, nail polish, and unicorn linens, he is determined to make Hudson fall in love with him. But as he and Hudson grow closer, Randy has to wonder how ready he is to change for love. And is it really love anyway, if Hudson doesn’t. don’t know who he really is?

â€œBilly Porter, whom I have been fortunate enough to know for over 20 years, is the perfect director for this story, which is both hilarious and touching,â€ Jinks said. â€œI wish a movie like this existed when I was growing up. I’m so glad we can make it now.

Billy Porter quickly accumulates the entire list of directors. He’s also directing a trans teenage romance film, tentatively titled what if? This movie, which stars newcomer Eva Reign, follows a trans high school girl and the cis boy who has a crush on her.

When the boy posts online asking for advice on his crush, the internet encourages him to ask him out, and the movie follows what happens next.