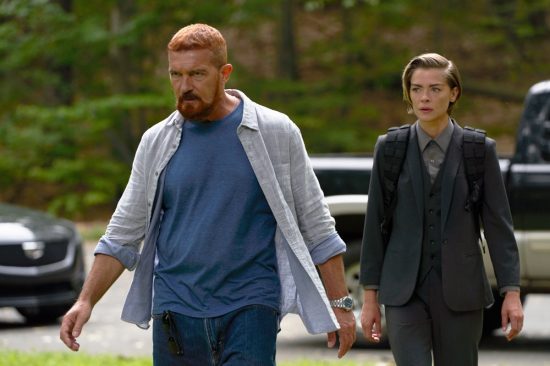 Caleb (Antonio Banderas), a former government assassin in hiding, resurfaces when his protege, the equally deadly killer known as Banshee (Jaime King), discovers that a bounty has been placed on Caleb’s head, which powerful mercenary Anthony (Tommy Flanagan) is now looking to collect. Caleb and Banshee must put the past behind them and reunite one last time, with Caleb’s daughter Hailey (Catherine Davis) if they are to survive the secret CIA plot that threatens to destroy them.

“I’ve always been drawn to the assassin fantasy of cinema and the worlds created within that myth,” director Jon Keeyes said in a statement. “Working with Yale Entertainment and Screen Media to bring Code Name Banshee to life through Antonio Banderas and Jaime King is a dream come true and has created an action-packed story that will captivate audiences.”

“Rarely does a film manage to be action-packed and captivating from the first shot to its last frame.” Screen Media said in a statement. “The relationship between the characters of Antonio Banderas and Jaime King is dynamic, engaging and fun – powerful performances on every level.”

The deal was brokered by Seth Needle, executive vice president of global acquisitions and co-productions, on behalf of Screen Media with Jordan Yale Levine and Jordan Beckerman on behalf of the production.