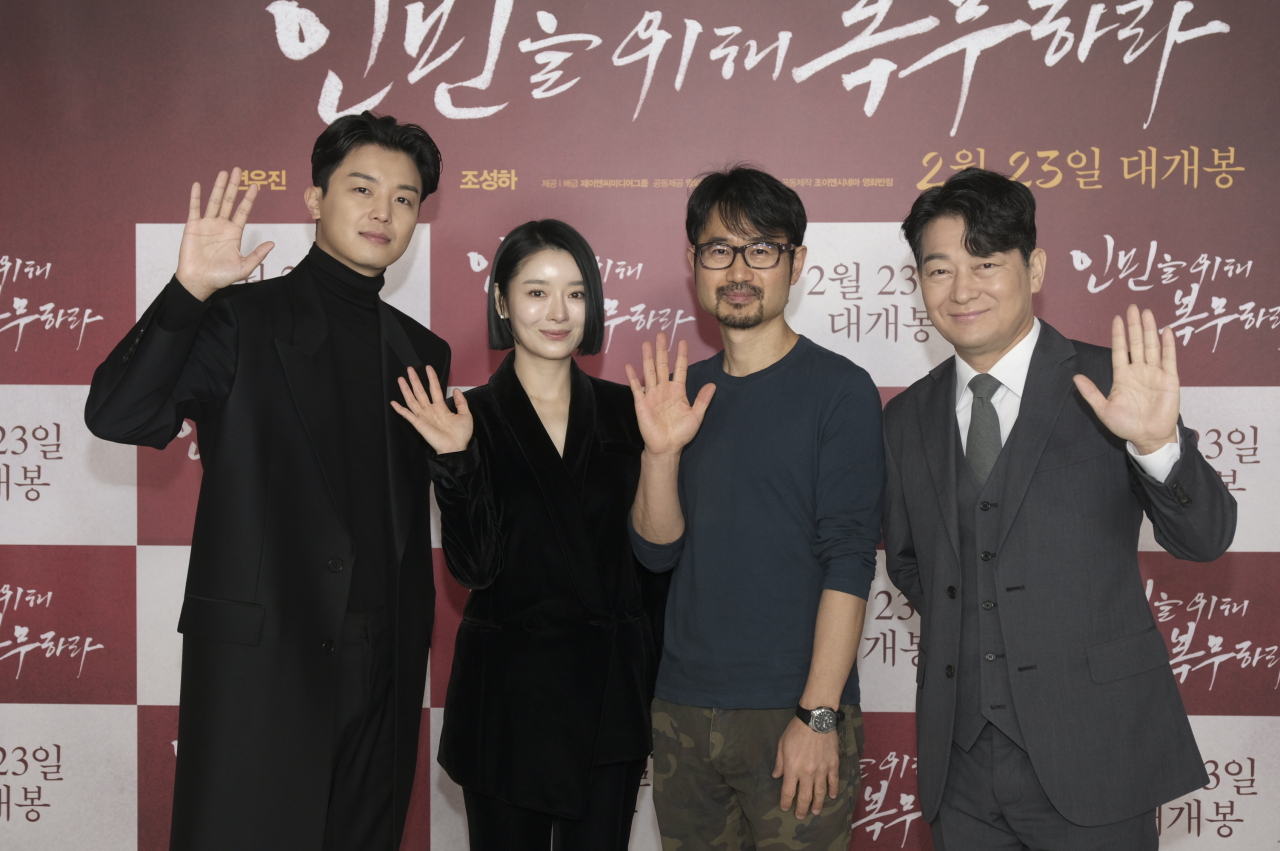 Jang is known for creating “Bedevilled”, which was invited to the 63rd Cannes International Film Festival, and the hit movie “Secretly, Greatly” which drew over 6.9 million moviegoers.

“Every director’s dream is to create a film that can be screened in front of an audience. But it wasn’t easy. I think I’ve grown a lot in the last nine years,” the director said during a press conference held online Thursday.

The new film tells the story of Mu-gwang (Yeon Woo-jin), a North Korean soldier hungry for success. One day, Mu-gwang goes to work at his commander’s (Jo Sung-ha) and there he meets the commander’s wife, Soo-ryun (Jeean). Mu-gwang fights the temptation to fall in love with her.

Like “Secretly, Greatly,” which was based on the popular 2010 webtoon series “Convertness” by artist HUN, “Serve the People” is based on a Chinese novel of the same title.

“It was exciting work because I was so looking forward to viewing the original artwork,” he said.

The director came across a review of the book that launched the project.

“I think it was fate. I became interested in the book because of a review I had read. The reviewer said he was reading the book on the subway and had to stop reading it. to read because it was too provocative,” the director said. “After reading the book myself, I realized that it was not just a provocative story, but a story that portrayed the honest emotions of a man and a woman. I thought I would like to show this emotion through a two hour film.

The film’s story is set in a 1970s North Korea, instead of the novel’s setting during the Chinese Cultural Revolution.

“It was the time of the Cold War. Due to different ideologies, there was strong oppression. I thought I could show a suffocating love story between a man and a woman in this setting. I think the key material for a romantic drama is death,” Jang said when explaining the backdrop. “In times of war, death is close to us. Nowadays, the situation is different and that is why there are many popular romantic comedies, instead of serious romance movies.

“I chose this project because it shows a love story I’ve never done before,” Yeon said. “I have participated in plays that show the beauty and peace of love. This film shows how risky and deadly it can be.

Yeon also added that her first meeting with director Jang was special.

“When we first met, he grabbed a ladder and climbed it to get something,” Yeon said, describing it as a shirt that looked like a military uniform.

“He gave me this shirt and came up with this project,” he said. “Now that I think about it, I think it was (the shirt) the medium that convinced me to do this project.”

“Serve the People” will be released in local theaters on February 23.