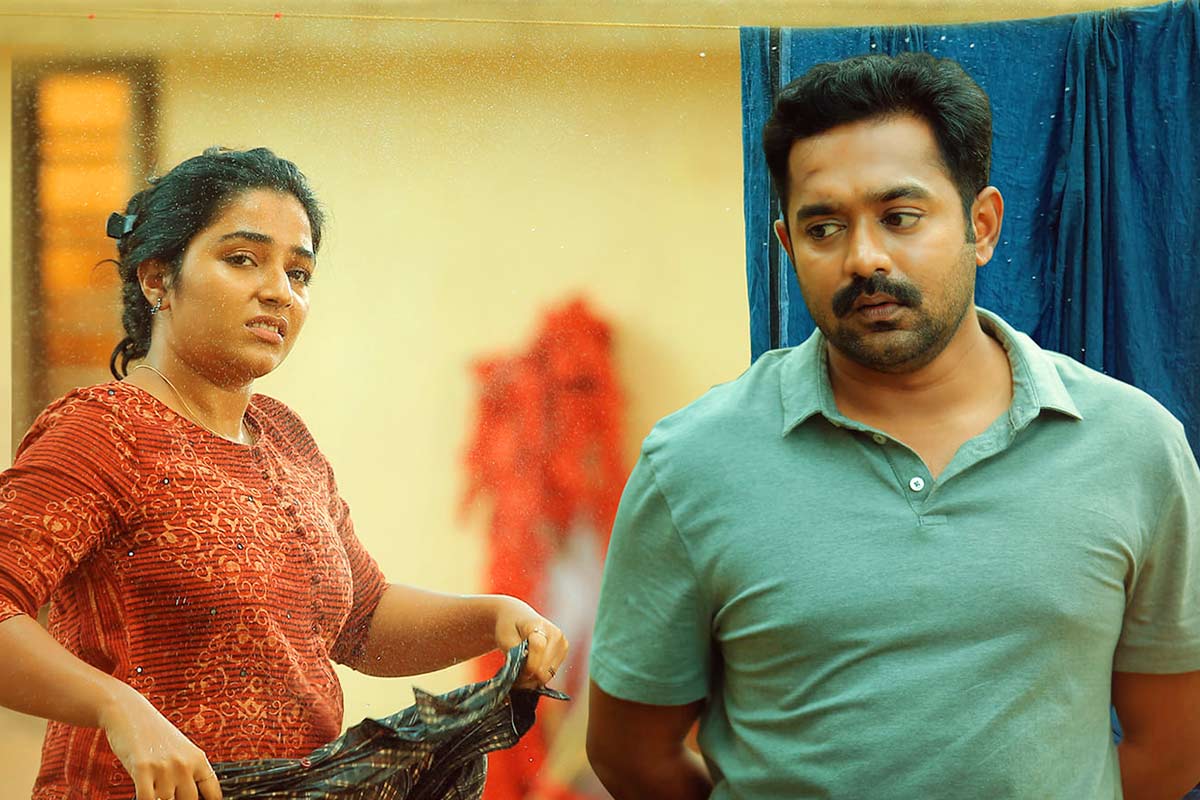 â€œEllam Sheriyakumâ€ reminded me of Rahul Gandhi’s infamous speech which was poorly translated by PJ Kurien.

Directed by Jibu Jacob, Ellam Sheriyakum has a promising cast – Rajisha Vijayan, known to only sign films if she has a major role; Asif Ali, who never ceases to surprise us with his choices; the reliable Siddique and the versatile Indrans. The premise of a couple caught between warring political parties is also intriguing, but not entirely new. B Ajithkumar’s 2018 film Eeda was a contemporary take on the Romeo Juliet story with the right and left wings depicting the two warring families. So when you enter the theater, it is with the assurance that yes, ellam sheriyakum (Everything will be alright).

Yet Jibu’s film is a war of genres. It wants to be a romance, a political thriller, a family drama, a history class and a sermon, all in one. The film begins with Chacko (Siddique), a veteran of Congress (the names of the parties in the film are different but it is obvious that they represent Congress and CPI (M)) on the verge of becoming Prime Minister. But his daughter Ancy (Rajisha Vijayan) chooses to run away with a man from DYFI (it’s DIFY in the movie), Vineeth (Asif Ali), leaving Chacko with a red face.

The film revolves around this incident, this romance with repercussions, so it is vital that we adhere to the love between the couple. This is where writing fails. Ancy and Vineeth could have been two cranky 60-year-olds arguing over the TV remote for all the chemistry they share. Ancy is always sharp and Vineeth is simply characterized as the comrade with the button phone that never answers. Their relationship is explained in blurry but generic scenes that evoke no emotion in the viewer. You don’t really understand what attracted them to each other when they clearly have nothing in common.

The scenario is full of too many problems, bordering on caricature. Take, for example, the allegation of sexual harassment raised by Ajitha, a leader of the Communist Party. This is the opportunity to assert a strong point, but it only amplifies the hero’s machismo. Ironically, Vineeth continues to talk about how Ajitha is left out of the party and this is also what the film does with her character. The family of a young woman murders her lover for “honor”, but the man who conceived him is forgiven for his sins like water that slides off the back of a duck. Again, the “problem” is simply placed in the film as a plot point for the hero.

There is an interesting scene where Ancy and Chacko clash and Rajisha in his awesome voice says, “This is my policy, father.” You’d expect her to have more to do than look dark and hold her pregnant belly, but again, the script is about Vineeth.

After delivering several messages on several issues, the film comes to its final sermon: a man must put his family above his party. It’s a confusing and convoluted mess, with the background music becoming unnecessarily melodramatic even though we remain as cold as a rock. They are likable actors, so despite the dismal writing, you still want to know what happened to their characters. But the last 30 minutes are such a drag, with the clichÃ© technique of telling a story through TV screens and panel discussions, that you have to fight your urge to leave before it’s over.

Ellam Sheriyakum reminded me of the infamous speech by Rahul Gandhi which was poorly translated by PJ Kurien. Maybe on paper it all sounded good, but what the audience sees and understands is a complete dud.

Disclaimer: This review has not been paid for or commissioned by anyone associated with the series / movie. TNM Editorial is independent of any commercial relationship that the organization may have with the producers or any other member of its distribution or team.