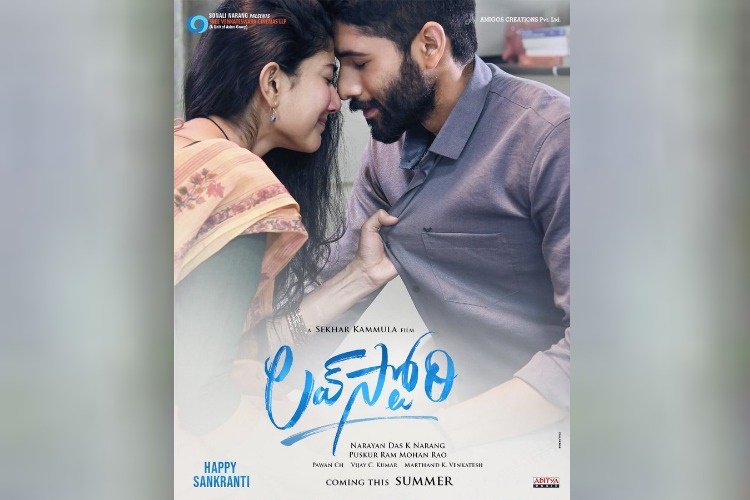 The film is directed by Sekhar Kammula and is his second starring Sai Pallavi.

Naga Chaitanya and Sai Pallavi’s upcoming film starring director Sekhar Kammula is called Love story. The film’s creators released the first preview poster along with the title on Tuesday. The first video for the film was released in December, but its title has only been announced now. Love story will be Sai Pallavi’s second film starring Sekhar Kammula following the resounding success of Fidaa in 2017.

Sai Pallavi is known for her dance moves and her fans can’t get enough of her videos. In fact, Maari 2’s song “Rowdy Baby”, in which she dances with Dhanush, has garnered over 750 million views on YouTube.

“There is no better title to reflect the essence of this film!” Naga Chaitanya wrote on Twitter sharing the movie poster.

The film will be released on April 2.

Presented as a dance drama, Love story aura Naga Chaitanya speaking the Telangana dialect, a first in his career. Reports suggest he underwent special training to master the dialect well. From the first video that was released not long ago, it looks like Chaitanya is playing the role of a young man working out in a gymnasium. This is her next love movie after the success of Majili alongside Samantha last year.

Love story is funded by Narayan Das K Narang and Puskur Ram Mohan Rao under the banner of Asian Cinemas. Pavan, a product of AR Rahman’s KM Music Conservatory, composes the music for this film.

The film also saw a multitude of actors including Sai Chand, Satyam Rajesh and others in important supporting roles. Actor Harshvardhan Rane played a small cameo in the film. The songs in the film, composed by Music by Shakti Kanth Karthick, were also well received. The film won a total of nine Filmfare Award nominations and won in four categories.