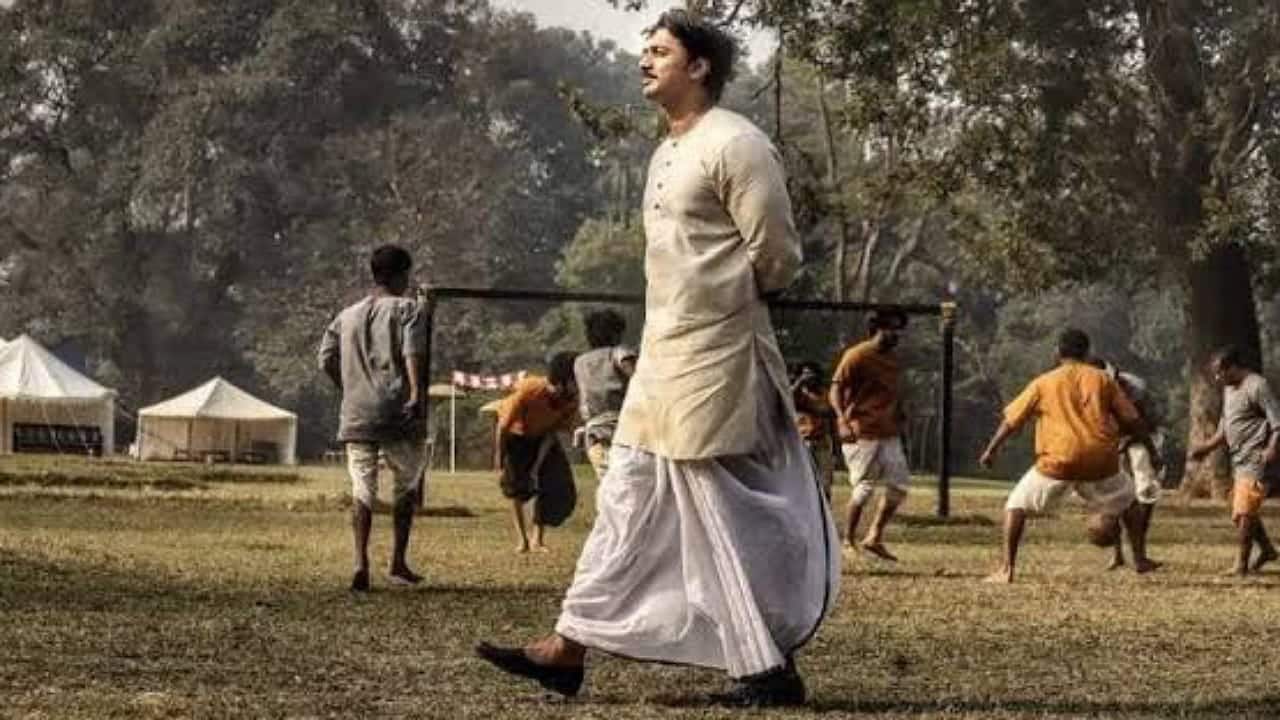 SVF recently released the trailer for Dev starring Golondaaj. It’s an upcoming historic sports drama film. The story of the film is mainly based on the life of the great Indian footballer Nagendra Prasad Sarbadhikari.

This man is known as the father of Indian football, he was the first Indian to play football, described in the mainstream of sports in this country.

The trailer for the film features the British leaders hitting football and demanding that it be their game. The plot of the film is based on the era of British rule in India, the trailer also depicts torture of the British sovereign over the normal Indian people.

Since his childhood, the footballer was brought up watching torture and also faced many struggles. This was the time when the Indians got angry with the torture of the British and tried to give an answer at all costs in any way.

Nagendra grew up fighting wrestling, the man claims the same right to this game as the British. There are a lot of men who said he fights the impossible game.

It is literally a blood warming film. The trailer also shows the Indians’ enormous dedication to fighting with them as they train as hard as they can. The great footballer’s journey is not that easy as the British planned to slap him and got injured before the game. This time he received tremendous support from his wife as she had helped him recover from the injury.

This football match was not just a match but a fight between the Indians and the British. All Hindus, Muslims and all castes come together to fight against them.

Indian footballers made faces without shoes in front of the British leaders. It looks like the game will be terrible as Indian footballers were ready to sacrifice their lives but never lose. They suffered several injuries during the match, it is certainly a response to the British on the will and strength of the Indians.

The trailer ends with Superstar Dev’s dialogue that in the Sheep crew, Lion will not see the light of day. It is sure to be an incredible sports drama film.

This incredible sports drama will be released on the 10the October 2021 at the theater.