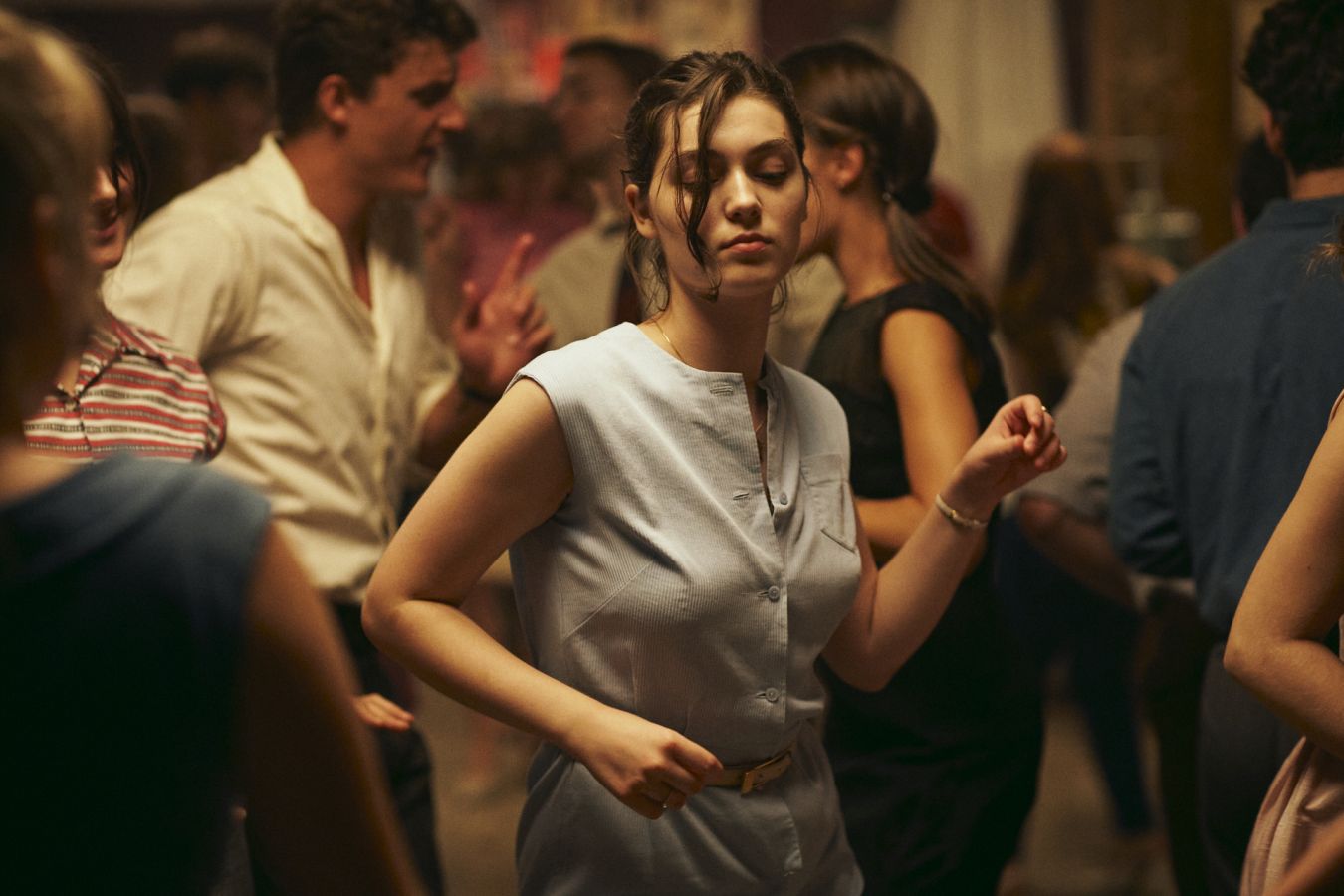 Anamaria Vartolomei is Anne, the first girl from her rural family to go to university, where she is a modest but enthusiastic star student. The impending exams are a crucial step towards full escape speed from provincial working-class restrictions into the life of the writer she desires. Between classes, she lounges on the summer grass with her friends, the verbally daring Brigitte (Louise Orrey Diquerro) and the cautious and calm Hélène (Luàna Bajrami-Rahmani, pictured below in the middle with Diquerro and Vartolomei). Sex fascinates them, Brigitte demonstrating techniques gleaned from the dorm’s skin mags. Reality and its consequences, however, are taboo.

1963 feels like now, the stiffness of the period film evaporating into familiar youthful warmth as Anne and her friends walk into a bar playing rock ‘n’ roll, and boys dance and laugh. Anne flirts with a firefighter. A month later, her doctor told her she was pregnant. Abandoned by her fearful friends, and abortion being a crime, she applies all her studious diligence and fierce determination to the problem. “I would like to have a child one day,” she considers. “But not at the cost of a life.” Her agonizing, moaning face as she thrusts hot knitting needles into the fetus is a terrible reversal of Brigitte’s earlier demonstration of sex and childbirth.

Diwan wanted cinematographer Laurent Tangy’s camera to “be Anne, not look at Anne,” and we stay intimately close in an old-fashioned crew-neck frame. Evgueni and Sacha Galperine’s score adds the claustrophobic atmosphere of a submerged bathysphere. As the inner life she was building and all her future hopes are dismantled, scenes begin with Anne emerging from a whiteout, as if ordinary days have become near-death experiences or hallucinatory comas. The immersion of Vartolomei serves that of Diwan. She has a keen sense of outward stillness and inner restlessness, creating an intense sympathy for the lonely young Anne as she twists between caged concentration and outraged disbelief at her foot in the trap.

Anne is now entering a black world of moonlit woods, alley assignments and danger. Diwan reveals a secret society for illicitly pregnant women, with mute nods of sisterhood between reluctant insiders as they move through an unsuspecting straight world, and exchange criticism of clandestine abortionists (“She boils all the tools”). Such ventures were a cliche of British kitchen-sink cinema in 1963. Rather than their sleazy male surgeons, Anne is directed to Madame Rivière (Anna Mouglais), a beautiful woman with the harsh professionalism of the French Resistance, so dreading realistic knocking at the door. . The excruciating details of his operation are once again visceral without batting an eyelid. 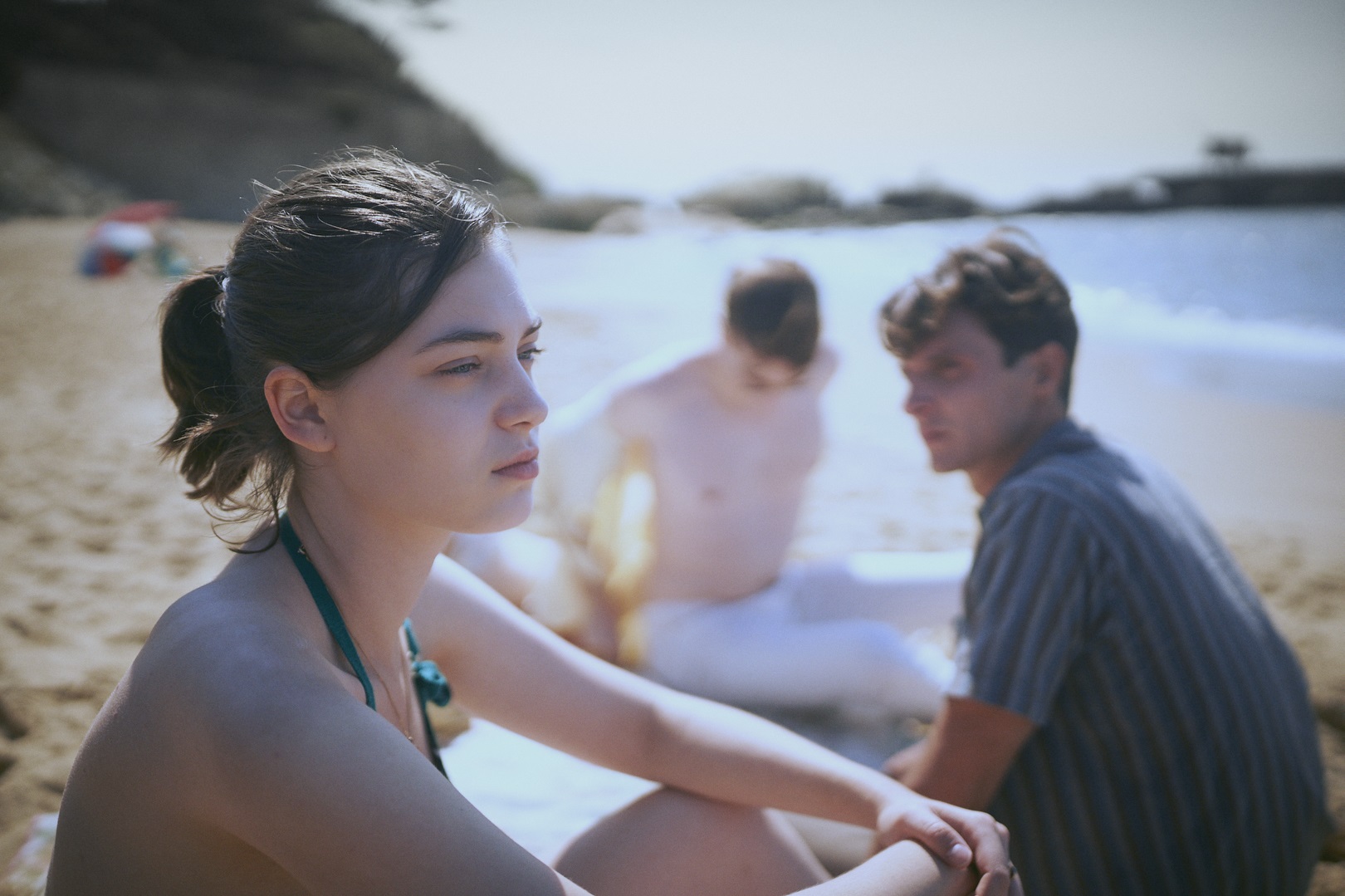 Abortion here is the cost in an equation that begins with female lust. “I was ashamed,” Anne says, around the time she initiates her second sexual encounter, with social hypocrisies now set ablaze, “but the desire was stronger.” She seems a future woman, forging her sexual self and her character in the white heat of her situation, and insisting on liberation. As with the recent Chadian film on abortion Lingui, The Sacred Bondsher fate also flushes out a predominantly female community.

Anne’s vital lessons are like studies in wartime, concentrating an indescribable pressure amid the mental bombardment. Sincerely considering the bloody, death-defying heroism that young women needed to live (and from Kabul to Houston, they still do), Diwan legitimately taps into the tropes of thrillers, war movies, body horror and sci-fi allegories such as The Handmaid’s Tale. Event is hard to watch at times, as it shows the female physical reality of patriarchal laws, like a war reporter might feel the need to show a severed limb. There is still an extremely human empathy and catharsis for its indomitable and shocked heroine, who essentially wrote this tale.