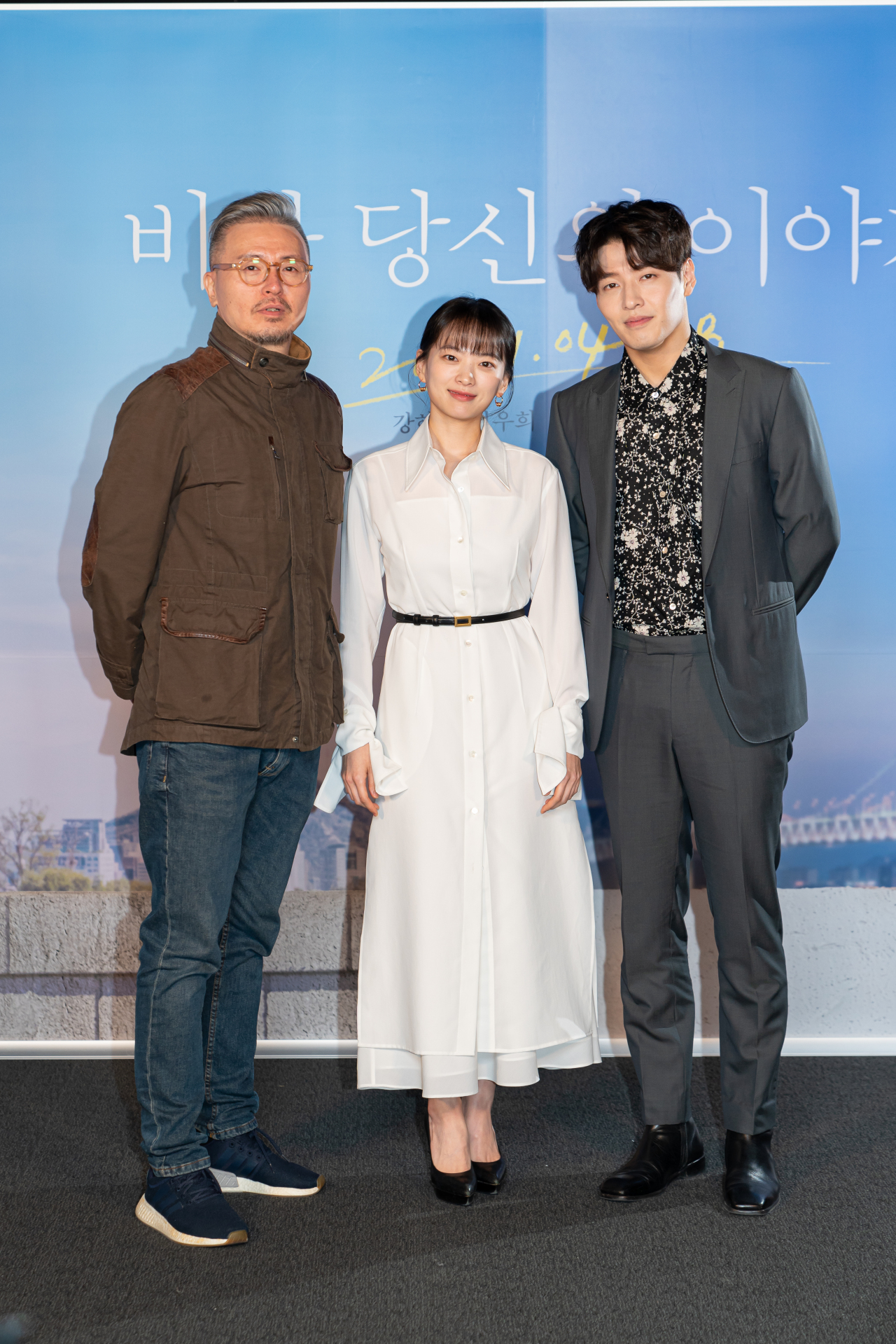 Kang Ha-neul returns to the big screen for the first time in three years, teaming up with actor Chun Woo-hee in the romantic film “Rain and Your Story”, directed by Jo Jin-mo.

The film begins with a narration by Young-ho (Kang Ha-neul): “It’s a story of waiting.” Set primarily in 2003, “Rain and Your Story” features Young-ho studying for his third Suneung, the national college entrance examination in Seoul. One day, he suddenly decides to write a letter to his elementary schoolmate So-yeon who lives in Busan. However, So-yeon is ill and cannot read the letter. So-yeon’s younger sister, So-hee (Chun Woo-hee) reads the letter and begins to respond.

â€œI haven’t seen a script with that kind of mood in a while. It reminded me of the first time I wrote a love letter. How I had butterflies in my stomach, â€Kang said at a press conference Tuesday at CGV Yongsan in central Seoul. “This script moved me.”

â€œI also thought it was a rare story after reading the script. It has a ’90s vibe and isn’t dramatic,â€ Chun said.

During the press conference, the director presented his new film as a prequel to a love story.

â€œThis film does not tell what happens after you fall in love. The story is more about how they get to this point, which is love, â€Jo said. “Young-ho’s affection slowly builds up as he receives photos and letters from So-hee, as well as the imagination he has for her.”

The way the two main characters were able to develop special feelings for each other without knowing each other is also special, added Jo.

The director also spoke about his voice making an appearance in a scene where So-hee is in the car with his mother.

â€œIn the automotive scene, the voice of the radio DJ was mine. I thought my voice would be fine and I volunteered to record my voice, â€Jo said. “Personally, I like the scene.”

Since the film is mostly set in 2003, both actors said the filming reminded them of their own childhood.

â€œAs it takes place in 2003, I thought about what I did back then. I was in middle school and that was a year after Korea hosted the 2002 World Cup. Pieces of memories of me using things like social media Cyworld, messenger Buddy Buddy all came back, â€Kang said. .

â€œThis movie also reminded me of 2003 when I was in school. I have this memory of ordering jajangmyeon Chinese food and eating it quickly in the schoolyard. It was a windy day, â€Chun said. â€œThere is also an elementary school country day scene in the film. Watching this scene today, I realized how much we took this happy moment for granted.

â€œRain and Your Storyâ€ hits local theaters on April 28.