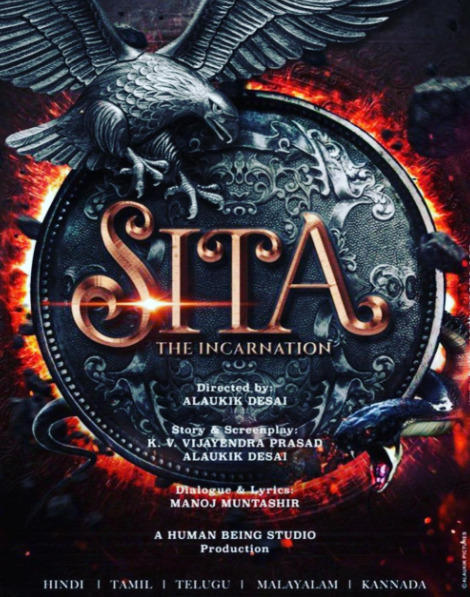 Bollywood actress Kangana Ranaut is set to transform the goddess Sita in her next film. She will play the mythological character of the epic Ramayana, which will be directed by Alaukik Desai and written by KV Vijayendra Prasad. The film will be released in five languages.

Kangana Ranaut unveiled a teaser poster for the period film. She wrote in the caption: “Glad to be on board for the title role with this immensely talented team of artists. With blessings from Sita Ram. Jai SiyaRam (sic).”

Director Alaukik Desai said in a statement, â€œThe universe helps those who surrender to it with conviction. What used to be a mirage is now clarity. The dream of a pious character never explored is now a reality. I am delighted to bring Kangana Ranaut on board as SITA. This godly journey will change the course of how we view our mythology. Thank you SS Studio for your immense support and trust.

On the job side, Kangana was last seen in former Tamil Chief Minister Nadu Jayalalitha’s biopic titled Thalaivii. His next films are Dhaakad and Tejas. She is also directing Aparajita Ayodhya, a film about Ayodhya’s verdict.

SITA AARAMBH
The universe helps those who surrender to it with faith. What used to be a mirage is now clarity. The dream of a pious character never explored is now a reality. I am delighted to bring #KanganaRanaut on board as SITA. Thank you #SSStudio for your immense support. pic.twitter.com/9PX0YwdcOn