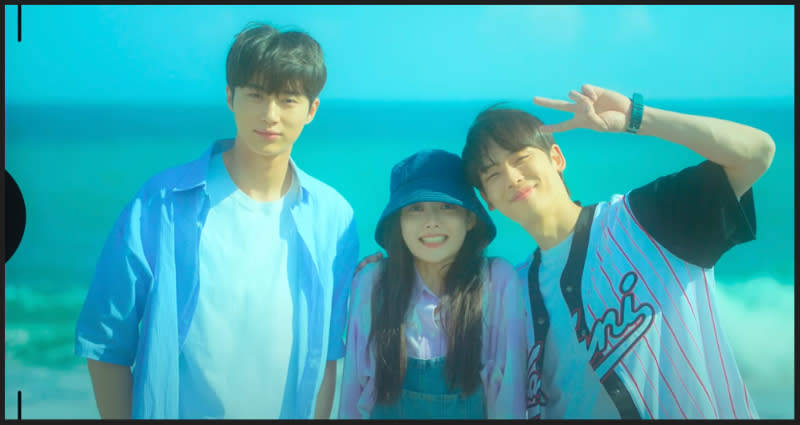 Unveiled over the weekend as part of Netflix’s Tudum live event, “20th Century Girl” is a love story. Netflix’s synopsis reads: “In 1999, a teenage girl keeps tabs on a boy at school on behalf of her deeply smitten best friend – then she’s swept up in a love affair of her own.”

It stars the “nation’s little sister”, Kim Yoo-jung, as the protagonist Na Bo-ra. She helps her best friend Yeon-doo (Roh Yoon-seo) by observing her crush, Hyun-jin (Park Jung-woo). As Bora gathers information about Hyun-jin, she finds herself growing closer to another student, Un-ho (Byeon Woo-Seok), which is in the same broadcast club.

Throughout the trailer, Bo-ra documents things she learns about Hyun-Jin, including her height and favorite drink. It then cuts to a montage of moments between Bo-ra and Un-ho, hinting at an unexpected and blossoming romance between the two.

The series will premiere at the Busan International Film Festival on October 5 and then on Netflix on October 21.

Watch the trailer below:

More from NextShark: The voice behind Moro in ‘Princess Mononoke’ is an absolute legend

This live-action film is almost close to the manga

Nazar Andaaz: Everything we know about the comedy-drama movie