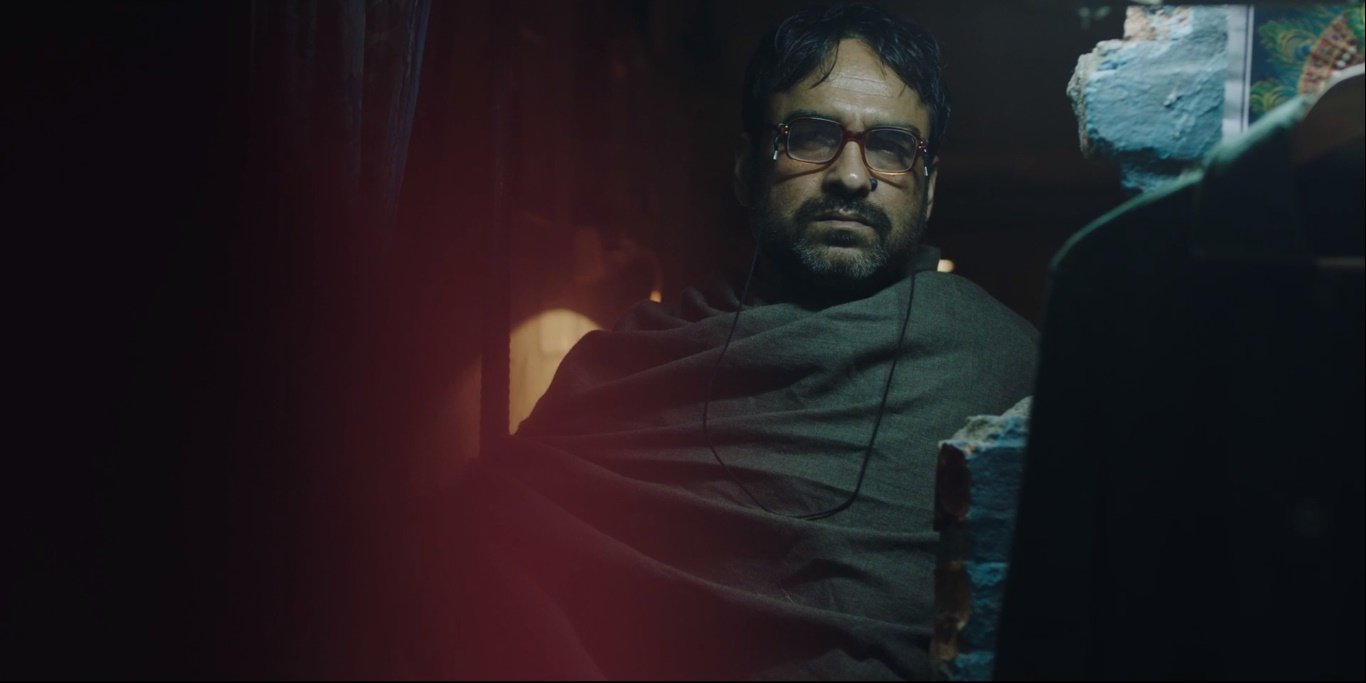 Pankaj Tripathi’s new film “Laali” based on loneliness, pain and love has an official release date. Nowadays, loneliness has become a common word for everyone, it’s true that the yaws of love has never peaked, the kind of love that is only a status in our memories, and we must learn to live but accept the absence.

It is assumed that in this film the red dress and silence symbolize lost love. In life, you just need two things: time and love, but time flows like a river, it never waits for anyone and there are people who are very unhappy in love.

The new trailer begins with Pankaj Tripathi dressed as a groom, moving the hangers, cleaning up the dust with a towel, stepping in a comical way, and starting to open the button on his outfit. After that, the trailer shows Pankaj Tripathi lying on a bed covering a blanket staring at the roof without blinking, and there is a smile on his face that reveals the pain inside him.

In the background the song ‘Aanshu jo h ruke hua’ is playing and he has just woken up from bed wearing a glass moving the curtain and looking at a red dress hanging on a hanger. He picks him up and treats him as his beloved and lays him down on the bed, and he’s also lying next to him talking and smiling. The trailer ends with her fiancé staring into the laundromat.

After sharing the concept of the film, director Abhiroop Basu says, “One day I was on my way to Dasani Studios in Kolkata when I came across an Istriwala sop. Suddenly, a wedding procession passed by his shop and he didn’t even look up; he did his job. It stuck with me, I was so intrigued.

He also adds that he was so drawn to the view that for the next two or three months he just went to the store every day just to look at the istriwala’, “During all this not a single woman struck up a conversation with him, and it made me think: who has the woman in his life?

The story is based on Laali’s real life journey which is not like a typical unrequited love story that takes you. He introduced you to Tripathi’s friend in the red dress. As the film progresses, we have just experienced a whirlwind of emotions, from the moment the laundress saw the dress for the first time with multiple questions that may cross his mind as he is able to caress and slowly observe the cuts and the silhouette, and finally, iron it and place it neatly on the hanger just before you call it a day.

Tripathi is seen in a small house filled with loneliness as he sees a poster on the wall which shows a smiling girl in a red dress with “Laali’s Orchestra” written in Hindi.

Disney+ Hotstar confirms the film will be released on the 17the June 2022.