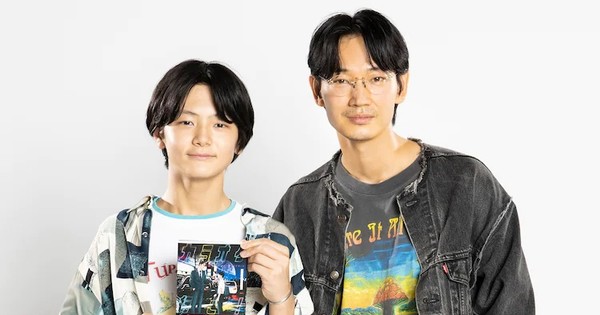 The film will be released in 2023. Nobuhiro Yamashita (Linda Linda Lindalive action Lemon Cream film) is directing the film, with a script by Akiko Nogi (INU-OH, Library Warslive action I am a hero film).

Nothing worries Satomi Oka more than the last choir competition of his middle school career, until he is approached by a stranger from the shadows who asks him, “Let’s go to karaoke!” As a yakuza, Kyouji Narita is not easily scared, but a terrifying prospect prompted him to seek Satomi’s help. The boss organizes a karaoke contest, the loser being forced to get a tattoo to be selected and tortured by the boss himself! Oka has participated in many vocal rehearsals over the years, but never one-on-one karaoke sessions with a gangster!!

Wayama released the manga as dojin publication in 2019, and Kadokawa released it in September 2020. The manga came third in the 14th Manga Taisho Awards in 2021. The manga has 500,000 copies in circulation.