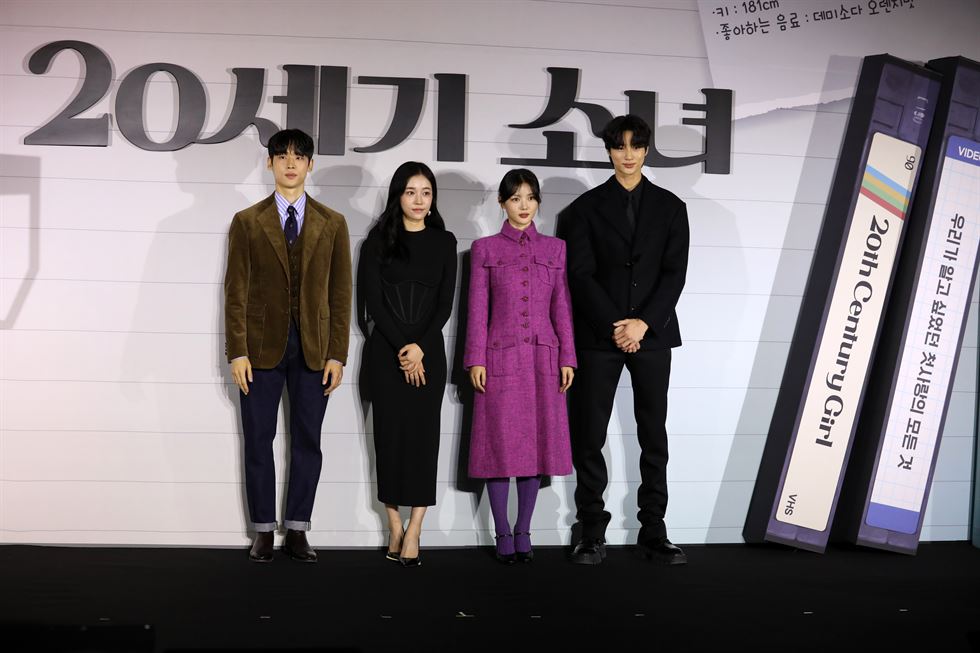 Netflix’s upcoming original film “20th Century Girl” is a sweet teen romance set in 1999 that will make audiences nostalgic for the ’90s with retro items, fashion and music, its director said Wednesday.

The story centers on a 17-year-old girl who closely watches a boy at school on behalf of her best friend and she finds herself in her own love story.

Set against the backdrop of the 90s, Bora (Kim Yoo-jung) secretly records Baek Hyun-jin (Park Jung-woo) on a camcorder and befriends his friend Poong Un-ah (Byun Woo-seok) to learn more information about Baek.

Director Bang Yoo-ri said she wrote the script based on her own experience exchanging diaries with her friend, thinking the story might resonate with a wider audience.

“It all started with a diary that I exchanged with my friend,” the 39-year-old told a press conference. “About 80% of the paper was about a boy I liked.”

Bang said the film was set in 1999, a year filled with nervous excitement before the new millennium, to reflect a turbulent phase of emotions experienced by teenagers.

“I was a little worried that the actors wouldn’t understand the sentiment of the past, but all of them shared a similar sentiment and loved it,” Bang said.

Kim Yoo-jung, born in 1999, said she discovered that old things could always be trendy and hoped young viewers could feel the 90s vibe.

“I saw a floppy disk for the first time while filming the movie. I also thought it would be nice to have video rental stores,” she said. “We all especially loved wearing 1990s clothes.”