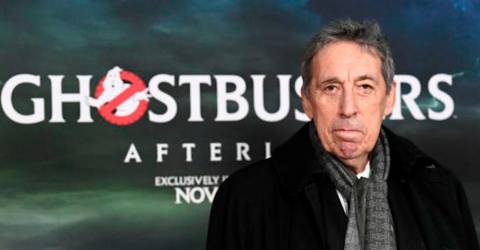 HOLLYWOOD is still grieving over the loss of producer-director Ivan Reitman, whose hit comedies of the 70s and 80s included the blockbuster spookfest ghost hunters, and who died in his sleep over the weekend. He was 75 years old.

Born in Czechoslovakia, Reitman’s mother survived the Auschwitz extermination camp, while her father fought in the Czech resistance. At age four, he was taken by his family as they fled the repressive post-war communist regime.

Raised in Canada, Reitman would then become responsible for propelling many young comedians to stardom, such as Dan Aykroyd, Rick Moranis, Billy Murray and John Belushi.

The biggest movie of Reitman’s career that spawned a four-decade-old franchise was ghost hunterswhich recently saw a sequel, Ghostbusters: Afterlife which was directed by Reitman’s son, Jason.

Reitman was also responsible for showing the comedic side of (at the time) action hero Arnold Schwarzenegger through Twins (1988), kindergarten cop (1990) and Junior (1994).

In a 1993 New York Times feature, writer Randall Rothenberg said, “Mr. Reitman, [his actors] say, walks a fine line between the control that many directors have over every aspect of a film and the willingness to let its cast – many of whom come from the world of improv comedy – fly free.

“The loss of my friend, collaborator, champion and one of the last great creative talents of the silver screen era saddens me,” said the veteran comedic actor.

“Now on Thursdays, who am I going to call? »

Reitman is survived by his wife Geneviève; his son Jason, director; and his daughters Catherine, actress-writer-television producer, and Caroline.

In a statement, the family wrote: “We are heartened that his work as a filmmaker has brought laughter and happiness to countless others around the world. As we mourn privately, we hope those who knew him in through his films will always remember him.

28 Days of Black Movies: ‘Django Unchained’ is a black love movie like no other