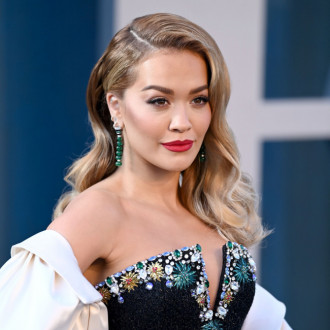 The 31-year-old star will be joined in Brad Furman’s film by Nora Arnezeder, Said Taghmaoui and Joey Bicicchi.

The stars will join an ensemble that includes Jamie Foxx, Scott Eastwood, Robert De Niro, John Leguizamo and Shamier Anderson in the film, which is currently in production in Greece.

The film tells the story of The Bokushi (Foxx), a man who preaches to hundreds of veterans who have been promised protection and purpose under him. He is surrounded by militarily trained followers and has built an impenetrable fortress.

After several failed infiltration attempts, the government – led by military agent Emmanuel Ashburn (De Niro) – recruits Nash Cavanaugh (Eastwood), a former Special Forces soldier who was once a follower of The Bokushi.

Nash agrees to use his insider knowledge of the enigmatic leader to get revenge on the man who took everything from him.

Information about the roles the new addition to the cast will play has yet to be revealed.

Furman is directing the project and wrote the screenplay with Jess Fuerst. The couple are producing the film along with Keith Kjarval, Steven Chasman and Brad Feinstein.

Rita has already starred in all three “Fifty Shades” movies and had roles in “Fast and Furious 6” and “Twist.”

The “Anywhere” singer previously opened up about how she was inspired by pop icons Madonna and Lady GaGa as they turned to acting.

Rita said, “I’m obsessed with Madonnas and Gagas. They do everything. I’d like to get out of them as much as possible and keep rolling.”