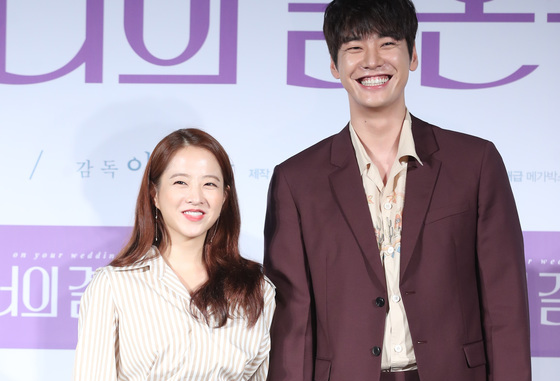 The 2018 hit romance film “On Your Wedding Day,” starring Korean actors Park Bo Young and Kim Young Kwang, is set to be adapted into a webtoon.

According to a media report from MK Sports, “On Your Wedding Day” has been confirmed to have a webtoon adaptation and is gearing up for serialization.

After hitting cinemas, the famous film will now be available in a book and is set to be released on Naver and Kakao.

i think boyoung just got a new power lol 2 of his projects are getting a webtoon adaptation (abyss webtoon is already finished) #Abyss #OnYourWeddingDay here’s to hoping #DoomAtYourService you will get one too imagine how beautiful it would be if they adapted it as a manhwa 🥺💖 pic.twitter.com/e3A7bnG3ej

Synopsis “On Your Wedding Day”

It was summer, and the high school student, Woo Yeon, was spending his time fighting because he had no interest in studying. He then met the transfer student named Seung Hee, and he unexpectedly falls in love with her. But Seung Hee is not interested in Woo Yeon. Ever since she was new to campus, a lot of male students kept harassing her. To avoid them, Woo Yeon and Seung Hee pretended to be dating.

Since then, the two have started to build a good friendship. Seung Hee also asked Woo Yeon to stop fighting, which he did.

As they spent more time together, their friendship turned into a real romantic relationship. But one day, Seung Hee left their town, which broke Woo Yeon’s heart.

Later, he now has a career and seems to be doing good in life, until he receives a wedding invitation from his first love, Seung Hee.

Expectations Rise For ‘On Your Wedding Day’ Webtoon Adaptation 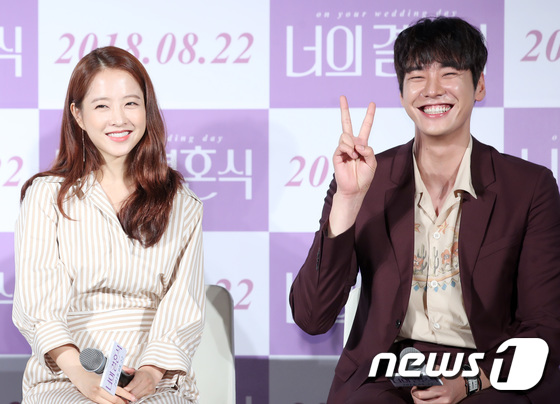 When the film was released in August 2018, it drew 2.82 million viewers in South Korea. It also had a Chinese remake, which became a hot topic in the country, and was able to achieve the highest box office earnings ever for a Korean remake.

I rewatched my favorite scenes from that movie because I miss those two. It was a bittersweet love story, but I guess that’s how love works…💕#kimyoungkwang #youngkwang #ParkBoYoung #OnYourWeddingDay

Due to public interest, “On Your Wedding Day” will be reborn this time as a webtoon and hope to satisfy future readers.

Expectations for the adaptation are currently rising after the news broke.

IN CASE YOU MISSED IT: Kim Young Kwang talks about filming her kissing scenes in her movies and dramas in KBS2 TV ‘Problem Child in House’

did you watch the movie Your wedding day? How is Park Bo Young and Kim Young Kwang’s love story? Share it with us in the comments!

For more K-Drama, K-Movie and celebrity news and updates, keep your tabs open here on Kdramastars.