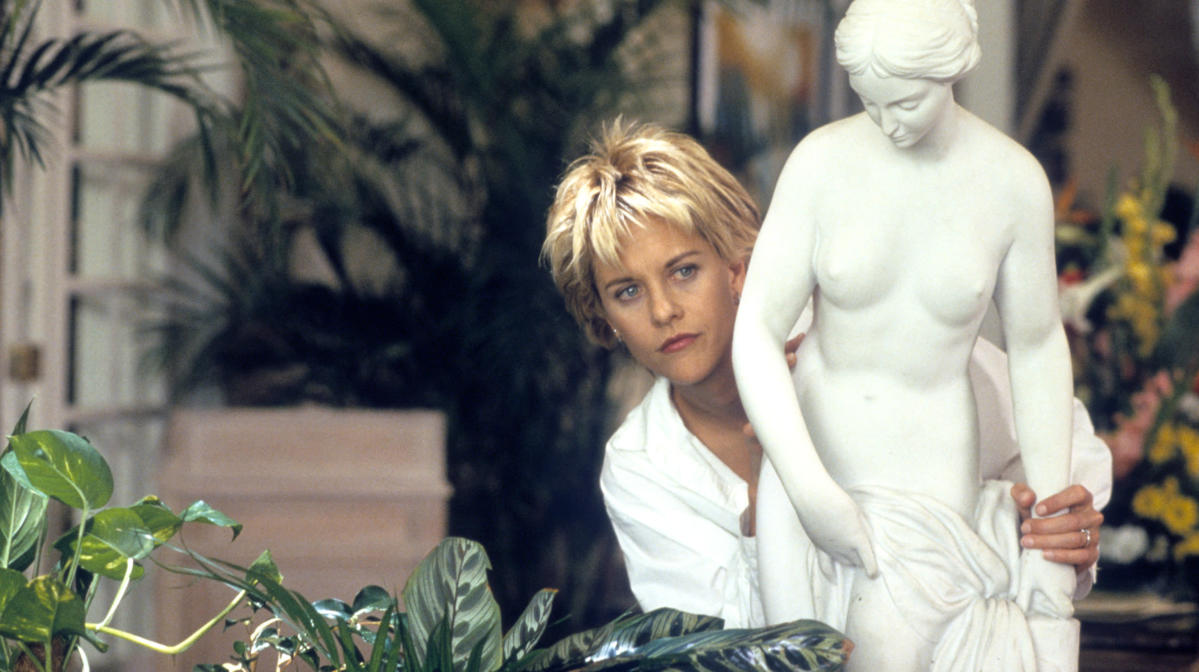 Meg Ryan is back in romantic comedies.

The 60-year-old ‘Sleepless in Seattle’ star is set to direct and star alongside former ‘X-Files’ actor David Duchovny in the upcoming ‘What Happens Later,’ reported Variety.

Ryan confirmed the news herself on Instagram on Tuesday when she posted a promotional poster for the film, captioning it “HERE WE GO!!”

Of course, Ryan became a household name in the 1980s and 1990s starring in some of Hollywood’s most beloved romantic comedies, including “When Harry met Sally…” “Insomnia in Seattle” and “You have mail.”

Her classic looks from those timeless movies have even become a hot TikTok trend last fall.

“What Happens Later,” according to Variety, tells the story of former lovers Willa (Ryan) and Bill (Duchovny), who can’t help but reunite decades after their split when the two find themselves “snowy, in transit , at an airport at night.

Willa is described as an “independent spirit” free from any bonds, while the recently estranged Bill is “reassessing his life and his relationship with his estranged wife and daughter”. The two spend their unexpected night together revisiting their past and wondering what could have been.

The film is based on the play “Shooting Star” by American playwright Steven Dietz. Dietz teamed up with Ryan and novelist Kirk Lynn to co-write his screenplay.

Fans responded to Ryan’s message with enthusiasm, telling the star they can’t wait to see her back on the big screen.

“Oh, that made my day! So excited to see you guys! ☀️” gushed another.

“What Happens Later” marks Ryan’s second time directing a feature film. She made her directorial debut with the 2015 drama “Ithaca,” which starred the late Sam Shephard.